This website uses technical and assimilated cookies as well as user-profiling third party cookies in a grouped format to simplify online navigation and to protect the use of services. To find out more or to refuse consent to the use of one or any of the cookies, click here. Closing this banner, browsing this page or clicking on anything will be taken as consent to the use of cookies. 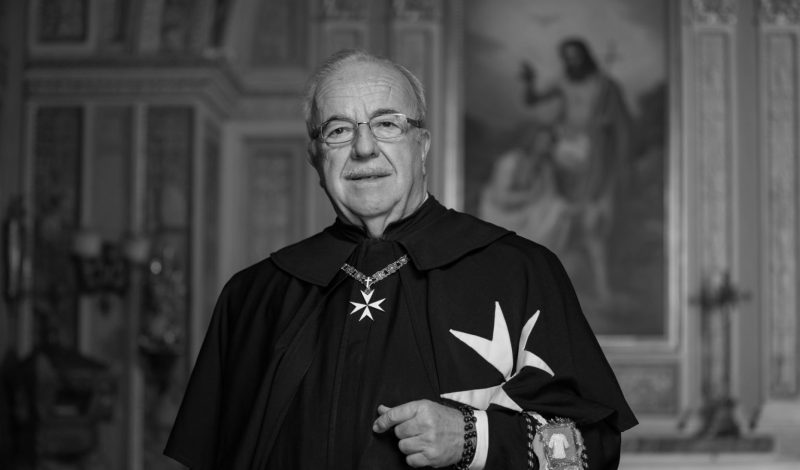 The Grand Magistry announces, with deep sorrow, the return to the Father’s house of His Excellency the Lieutenant of the Grand Master, Fra’ Marco Luzzago, who passed away today at Villa Ciccolini (Sforzacosta, Macerata province, Italy), following a sudden illness. According to Article 17 of the Constitution of the Sovereign Order of Malta, the Grand Commander, Fra’ Ruy Gonçalo do Valle Peixoto de Villas-Boas has assumed the functions of Lieutenant ad interim and will remain head of the Sovereign Order until the election of the new head of the Order. Fra’ Marco Luzzago was elected head of the Sovereign Order of Malta on 8 November 2020.
Born 1950 in Brescia, Fra’ Marco Luzzago, after completing his studies at the institute of the Franciscans in Brescia, studied medicine at the Universities of Padua and Parma. He was then asked to manage his family’s property interests. He joined the Sovereign Order of Malta in 1975 in the Grand Priory of Lombardy and Venice and took his Solemn religious Vows in 2003. He began attending the Order of Malta’s international pilgrimages to Lourdes and the national pilgrimages to Assisi and Loreto. Since 2010 he has dedicated his life completely to the Order of Malta, moving to the Marches to care for one of the Order’s Commanderies. Since 2011 he has been Commander of Justice in the Grand Priory of Rome, where he holds the position of Delegate of the Northern Marches and head of the library. Between 2017 and 2020, he was Councillor of the Order of Malta’s Italian Association.

A virtual condolences book will be opened at [email protected] from 9:00 am on 8th June until 15th June 5 pm.

Embassy of the Sovereign Order of Malta to Romania